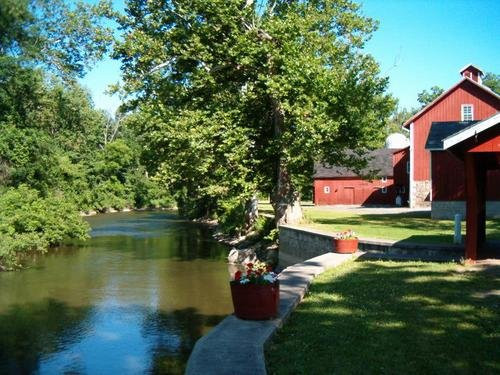 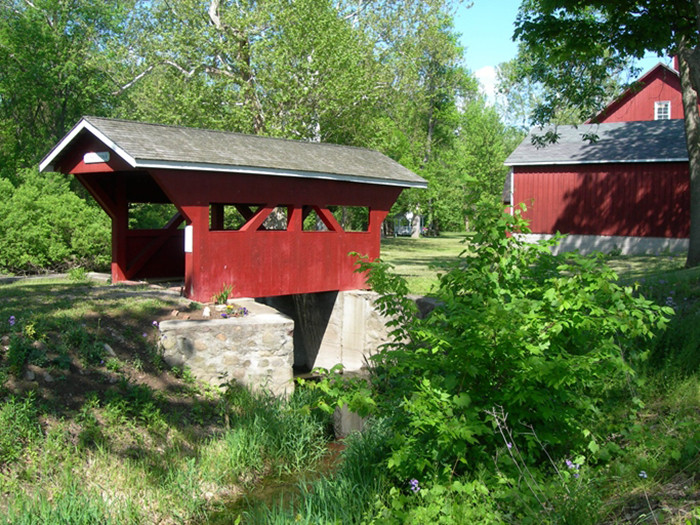 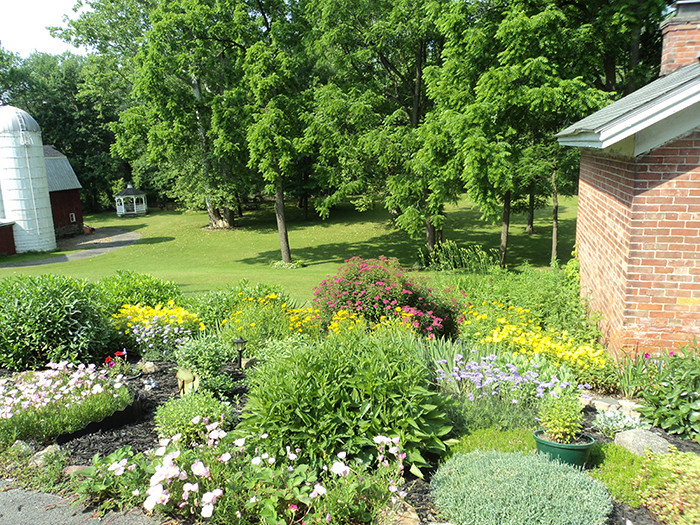 This historic Finger Lakes waterfront property extends back to the late 18th Century and in a remote way, to the French Revolution. In 1791 Charles Williamson arrived from Scotland as an agent of Lord Pultney to develop and sell a tract of land, extending from Bath to Lake Ontario.

Henry Towar was his sub-agent for the area South of Lyons.  He selected a site along the Canandaigua Outlet for his 'seat of administration,' clearing land in 1832 for a small house and farm, then for a grist mill, sawmill and distillery to accommodate pioneer settlers in the area.

He named it Alloway, after his native Alloa, Scotland, which was also the home of Robert Burns.

Legend has it that the dauphin, Louis Philippe, later king of France, stayed at the Towar farm for a period during his exile.

Henry Towar died in 1846.  In 1847 the farm was sold to Robert Ennis, his wife and seven children. They enlarged the homestead to fit their large family and in 1852 added the large barn.  For more than a century, through four generations of the Ennises,  the farm was a highly successful operation, having added a fine orchard and the first Guernsey herd in the township.

In 1852 the Ennis boys took a break from their farming chores on the Estate to moon light building the historic Erie Canal.  In fact, they laid several Erie Canal lime stone blocks as a stoop near the main entrance to the greek revival house!   In the 1800's the double staired stoop was used to let the passengers off the carriages ... the high section is where the ladies would exit, stairs on the left were used to hitch the horses to the hitching post in front of the house and the stairs to the right were used to bring the luggage up to the Estate from the carriage.  Wonderful historic treasure ...

In 1954, Governor Thomas Dewey designated it a farm of merit and one of the 'Century Farms of the Empire State'.

In 1985, the property was purchased by well known auctioneer, Duane Gansz, who restored the home and barns to their original beauty. His love for the property is demonstrated by the care he took in the restoration of the outbuiidings, which include a 9000 sq foot, two cupola historic barn.  He lived on the Estate for 20 years with his wife and two children.  They named the estate "Toganenwood", an acronym which combined the names of the three families who owned, loved and resided at the historic estate - Towar, Ennis, Gansz.

Now opened to be shared with the community working as an event center and bed and breakfast.

If you would like to learn more about all our beautiful property has to offer, or you are ready to book your event, please call us directly at (585) 288 5870 or reach out through our website’s secure contact form and someone will respond to your inquiry within 72 hours.

We thank you for considering making Toganenwood a lasting memory in your life’s story.